"AUNTY" INSPIRED IT ALL 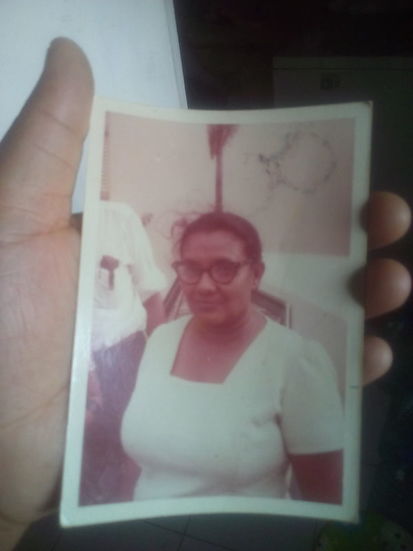 My very First House Call, when I was still an Intern doctor, was with "Aunty", my grandaunt Mavis DeSouza now deceased. (May her soul RIP)

Aunty was a short Indian lady who had Diabetes, Hypertension, High Cholesterol and had had several heart attacks with heart failure when I was in my final year in medical school.

One day, a few months after her discharge from hospital, Aunty was scheduled for her Cardiology/Heart Clinic visit and had gone to the hospital and they spent hours trying to find her file/docket and could not find it.
​
As a result, she was not seen that day and told to return another day in the hopes that her medical records (which were quite lengthy) would be found.

She had done special tests previously and told based on the severity of blockage of her heart's blood vessels she didn't have much longer to live!
​

Aunty preparing for her death...

Aunty truly believed this and had put things in order and reclined herself to die. She had said they told her she had about 6 months to live based on how bad her heart was. I honestly believed her as she had shortness of breath just to sit up in bed and her legs were very swollen.

Her decision from that day onward was "since the hospital doesn't care if she lives or dies, she will not be going back!" AND she was serious.

She never went back.

I, inevitably, had to assume her care.


The First House Call (One I never wanted!)

Poor me!!! - a brand new intern doctor dealing with an ill lady (basically my own grandmother) with multiple conditions including heart failure, taking 9 or 10 different medications! Talk about learning on the job!

​I learned quickly - how to titrate the doses of the water pills to reduce her swelling edema without dropping her blood pressure too low, along with tight control over her blood sugar. We signed her up for NHF/JADEP cards to get the government assistance for her meds.

She eventually died in 2009. Almost 5 years later after her decision to never go back. And she never went back.


She lived another FIVE (5) YEARS when her original prognosis was  six (6) MONTHS.


I have ABSOLUTELY no doubt that the Personalized and Attentive Medical Care she received increased the quantity AND quality of her life. Sometimes, all it takes is proper monitoring and tweaking of medications to achieve excellent results.

This is the JENMED Way.